To share your memory on the wall of Charles Longfellow, sign in using one of the following options:

Provide comfort for the family of Charles Longfellow with a meaningful gesture of sympathy.

Charles William Longfellow, 87, affectionately known as Charlie by all, passed away in Framingham Union Hospital on May 8, 2019, after a period of declining health. Charlie was born and raised in Saugus, MA, a son to the l... Read More
NORTHBOROUGH

Charles William Longfellow, 87, affectionately known as Charlie by all, passed away in Framingham Union Hospital on May 8, 2019, after a period of declining health. Charlie was born and raised in Saugus, MA, a son to the late Walter Whitcomb and Ruth Ethel (Nourse) Longfellow. He proudly served in the US Navy Reserve’s submarine service during his senior year and graduated Saugus HS, Class of 1950. From 1951-55 Charlie served in the Air Force as a helicopter flight mechanic. Charlie was flight crew on high wind helicopter testing on Mt. Washington and a flight mechanic on a cross country helicopter flight in a record setting 3 days and proudly recalled using his mechanical skills and minimal available supplies to keep the copter in the air.

In 1956 he married the love of his life, Elaine Ruth Porter. They settled in CT where Charlie went on to work in the aircraft industry at Pratt & Whitney as an experimental flight test mechanic and then as estimating supervisor for Combustion Engineering. After 4 years in Ohio as a plant manager, in 1979 the family moved to their current home in Northborough. He retired in 1996 as a Sr. Construction Engineer at RCI Riley Construction of Worcester, MA.
Charlie is survived by his devoted wife of 62 years, Elaine; four children, Eric and his wife Marina of Waterbury Center, VT, Cheryl Grant (her husband the late John Grant) of Westford, MA, Kevin and his wife Regina of Nashua, NH, and Gail Senecal and her husband Robert II of Deer Isle, ME; 10 grandchildren and 3 great-grandchildren. He also leaves his lifelong friends George Emberly and Bill McAdoo. Charlie was preceded in death by his siblings George, Charlotte Navarro, Jean Raymond and Herbert.

A devoted family man, Charlie was loved by his family. He was more than a provider and teacher to them, he put his family first before his needs and was a true role model for all who knew him. He enjoyed a good round of golf, spending time in Florida and tinkering with anything mechanical. He was a longtime member of the Vincent F. Picard American Legion Post 234.

Calling hours will be held from 4:30-7pm on Friday, May 17th, at Hays Funeral Home, 56 Main Street, Northborough. Charlie’s funeral will be held at 11am on Saturday, May 18th in the funeral home.

In lieu of flowers kindly consider a donation in Charlie’s memory to the American Heart Association (www.heart.org) or American Diabetes Association (www.diabetes.org). To leave a condolence please visit www.HaysFuneralHome.com.

A Psalm of Life
By Henry Wadsworth Longfellow

Tell me not, in mournful numbers,
Life is but an empty dream!
For the soul is dead that slumbers,
And things are not what they seem.

Life is real! Life is earnest!
And the grave is not its goal;
Dust thou art, to dust returnest,
Was not spoken of the soul.

Not enjoyment, and not sorrow,
Is our destined end or way;
But to act, that each to-morrow
Find us farther than to-day.

Art is long, and Time is fleeting,
And our hearts, though stout and brave,
Still, like muffled drums, are beating
Funeral marches to the grave.
Read Less

To send flowers to the family or plant a tree in memory of Charles William "Charlie" Longfellow, please visit our Heartfelt Sympathies Store.

Receive notifications about information and event scheduling for Charles

The insignias listed here may be subject to copyright and / or trademarked. Those copyrights and trademarks are owned by the respective organizations.

We encourage you to share your most beloved memories of Charles here, so that the family and other loved ones can always see it. You can upload cherished photographs, or share your favorite stories, and can even comment on those shared by others.

From Unum Chattanooga Law Department and Jean Axline have sent flowers to the family of Charles William "Charlie" Longfellow.
Show you care by sending flowers

Posted May 14, 2019 at 06:17pm
Elaine & Family, so sorry for your loss - know our thoughts & prayers are with you, good neighbors and kind friends. Take care and God bless, Karen, Steve & Stevie Bernacki
Comment Share
Share via:
FD

Posted May 14, 2019 at 10:48am
With deepest sympathy to the Longfellow family on the loss of Charlie. We are thinking of you.

Gracious Lavender Basket was purchased for the family of Charles Longfellow. Send Flowers

Posted May 13, 2019 at 08:45am
May peace bring you comfort, and loving memories of Charlie be forever in your hearts.

Posted May 12, 2019 at 04:13pm
May the family of Charles William Longfellow please accept my sincere condolences hoping you find comfort in God's words at Acts 24:15 and Psalm 37:29.
Comment Share
Share via: 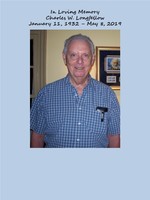 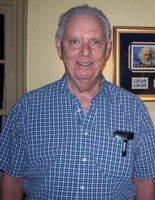 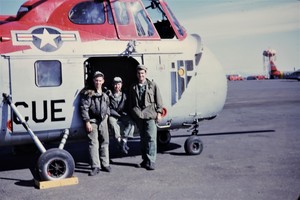 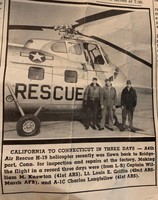