To share your memory on the wall of Guy Savage, sign in using one of the following options:

A receipt has been emailed to the address provided. A receipt may also be printed.

Guy B. Savage, Jr. of Taunton, formerly of the Northborough, Metrowest, and Boston areas, passed away on December 23, 2018, at Morton Hospital, after a brief period of declining health. His wife o... Read More
NORTHBOROUGH / TAUNTON / METROWEST Areas

Guy B. Savage, Jr. of Taunton, formerly of the Northborough, Metrowest, and Boston areas, passed away on December 23, 2018, at Morton Hospital, after a brief period of declining health. His wife of 54 years, Harriet L. (Smith) Savage, passed away in 2004.
Guy was born in Boston, one of three children to the late Guy and Evelyn (Scott) Savage. He attended Westwood Public Schools, was an accomplished athlete, notably both in basketball and football, and was inducted to the Westwood HS Athletic Hall of Fame. He worked as a truck driver and proud Teamster for most of his career, much of it with H.A. Johnson Trucking and APA Trucking. Guy looked forward to challenging games of Scrabble, crossword puzzles, and spending time with his family. His family and friends will miss the humor and wit that Guy was known for.
Guy is survived by three children, Stephen G. Savage and his wife Patricia of Taunton, David M. Savage of Dedham, and Kathi L. Cuoco and her husband Jack of Northborough. Two daughters, Charlotte L. Savage and Linda S. Riley preceded him in death. Guy also leaves four grandchildren, William G. Jennette, Daniel G. Savage, Jennifer L. Ferreira and her husband John, and Michael Cuoco; three great-grandchildren, Aubree and Adisynn Ferreira and Devin Wilson; a brother, Scott Savage of Walpole and a sister, Joan Caddell of Millville.
Calling hours will be held on Sunday, December 30th, from 3-6pm, at Hays Funeral Home, 56 Main Street, Northborough.
Read Less

To send flowers to the family or plant a tree in memory of Guy B. Savage Jr., please visit our Heartfelt Sympathies Store.

Receive notifications about information and event scheduling for Guy

We encourage you to share your most beloved memories of Guy here, so that the family and other loved ones can always see it. You can upload cherished photographs, or share your favorite stories, and can even comment on those shared by others.

Flowers were purchased for the family of Guy Savage. Send Flowers 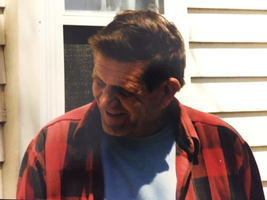