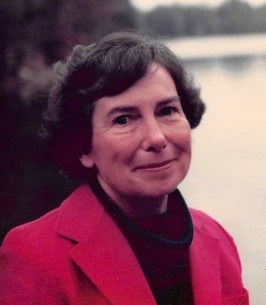 Share this tribute
Memorial Candles Lit for Jean | SEE ALL
Light a Candle
"We are honored to provide this Book of Memories to the family."
— Hays Funeral Home
Funeral Details Memory Wall Photos & Videos Send Flowers

Print
Northborough – On August 1, 2018, Jean Scott Karpuk, 93, died peacefully surrounded by family, of a broken heart. She was happily married for 67 years, till her husband John predeceased her eight weeks ago. She was a very proud and fiercely independent woman, who strived successfully to never spend a night in a nursing home, nor give them one red cent. She deserves a victory lap for betting right.

She loved her nickname, bestowed on her by her family, THE COMMANDER! She proudly held the honor of being the first wife in her neighborhood to have a car. She owned at least 5 models of Country Squire station wagons, big cars for a tiny woman not much taller than a light switch. She had an easy smile and a cautious way. She always “drove the bus.” Her Scottish heritage kept her thrifty, which helped her budget the family’s finances. She would have loved the fact that by dying on the first of the month, she got her next pension payment!

The daughter of Evan Scott and Helen Scott (Head), Jean had fond memories of her childhood in Worcester, MA, where she grew up with her two brothers. Both of her parents were deaf from birth, and, while both had been taught to read lips, Jean also learned to use American Sign Language to help her communicate with them. She attended Commerce High School in Worcester. During the summers, her Aunt Marjorie regularly invited her to Brookline and exposed her to the finer arts.

During WWII, Jean worked for the war effort at the Red Cross in Worcester. A co-worker, Dottie Sharametta, introduced her to her cousin John Paul Karpuk after he was discharged from the Navy. Jean and John married in 1950, and moved to Northborough in 1956, where they raised their two children. It was always filled with family and friends. Jean enjoyed playing bridge with several women’s groups, and was a Girl Scout Leader. After raising her two children, she worked at Digital Equipment Corporation for 12 years before retiring.

Jean and John loved to travel. They would go to John’s annual Navy reunions around the country, with Jean behind the wheel and John navigating. They took their kids on several trips to Europe, and later went on tours. Jean also loved the educational and exotic aspects of Elder Hostels. They had excellent accommodations and experiences. Another favorite destination was an annual trip to Aruba, where she loved palling around with her brother-in-law John and her sister-in-law Jean. For several summers, Jean and John would join their kids on Block Island. Earlier this summer she spent a few weeks there with her family, but seriously missed John.

Jean leaves behind her daughter, Pamela and husband Glenn Barney, and her son Scott and his wife Claude Guerlain. She will also be missed greatly by her four loving grandchildren, Scott and Danielle, Michael and his fiancé Kristen and John. She was predeceased by her two brothers, Merton and Charles Scott. Jean felt she had the greatest neighbors in the world. Even before her beloved John died on June 2, 2018, they would always pitch in to help them and check in on them.

Jean will be buried at sea, along with her husband John, in a private ceremony, accompanied by Scottish bagpipes that she so loved.

Please consider a memorial donation to a charity of your choice.

Interment Extra Info
Jean will be buried at sea, along with her husband John, in a private ceremony, accompanied by Scottish bagpipes that she so loved.
Send Flowers
Light Candle

We encourage you to share any memorable photos or stories about Jean. All tributes placed on and purchased through this memorial website will remain on in perpetuity for future generations.

V
Today almost every Internet user visits YT or any other video hosting provider to upload and watch funny videos, free films and other content. But sometimes you want to download a video or a movie and the service doesn't allow you to do so. That's where Vidmate App is coming to help you out. It provides with an ability for you to download a movie from may services, including Youtube, Facebook, Facebook and many others. To do this you just need to open video page and click "download". Plus, the application is free of charge and has user-friendly UI with your Android smartphone! Download Vidmate APK from this website now and start downloading very entertaining films to share them with your family!

PH
I wish to express my sincere condolences to the family of Jean Scott Karpuk. May you find comfort in your loving memories of Jean and in Jehovah God’s promise to see our loved ones again through the resurrection. (Acts 24:15) What joy there will be to welcome Jean back to a beautiful, peaceful earth (Psalms 37:10,11,29) where all pain, sickness and death will be no more! (Rev 21:4) I hope in the days ahead as you reflect on the life of your loved one, and the precious memories left behind, that you will find much comfort in God’s promises to us for they will not fail to come true. (God cannot lie. Titus 1:2) My deepest sympathy!
For more information, please visit jw.org.
Patricia Hubbard - Friday August 10, 2018 via Condolence Message
Share This:

SM
To Pam and Scott, Claude and Glenn, Mike, John, Danielle and Scott;
Please accept our deepest sympathies on the death of your Mum, Mother-in-law and Grandmother.
Sharon and Nigel
Sharon Campion & Nigel MacClancy - Sunday August 05, 2018 via Condolence Message
Share This:
1
Page 1 of 1
Share
×

Share on Facebook
Send flowers to the family
Choose from beautiful standing, table and basket arrangements. Safe and secure online ordering.
View Flower Arrangements
What has already been purchased for the family?
Family Log-In

You are welcome to call us at 1-508-393-6591 at any time, for immediate assistance.
For general information, if you prefer, you may also email us at
jeff@haysfuneralhome.com