Obituary for Martha B. Mason (Savener) 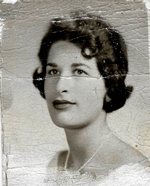 NORTHBOROUGH
Martha B. (Savener) Mason, 83, passed away December 20, 2018, at U-Mass Medical Center-University Campus in Worcester after a short illness. Martha was born in New Haven, Connecticut, the daughter of the late Harry and Rhea (Sacks) Savener. Growing up in New Haven, Connecticut, Martha excelled in school – receiving all “A’s” – and enjoyed the company of many friends. Martha was multi-talented. She loved to ride horseback, read, and paint with oils.

As per Martha's wishes, all services were private and are complete.