To share your memory on the wall of John Quinlan, sign in using one of the following options:

John “Jack” H. Quinlan, Jr., a longtime resident of Northborough, passed away peacefully on Saturday, August 17, 2019; he was 92 years old. Jack grew up in South Boston and although he lived in Northborough for almost ... Read More
NORTHBOROUGH

John “Jack” H. Quinlan, Jr., a longtime resident of Northborough, passed away peacefully on Saturday, August 17, 2019; he was 92 years old. Jack grew up in South Boston and although he lived in Northborough for almost 60 years, he remained a city boy at heart. He graduated from South Boston High School, Boston University and was a Certified Public Accountant. Jack later earned his Master’s Degree in Education. Jack served in the U.S. Navy and while working at the Charlestown Navy Yard he met his future wife, Pauline Mitchell. They married soon after and celebrated 70 years of marriage before Pauline’s passing in October 2018.

Jack is survived by their five children, Linda Q. Holbrook and her husband Michael of Fairhaven, John R. Quinlan of Arundel, ME, Nancy E. Quinlan of Worcester, Joanne C. Borus and her husband Gregory of Millbury, and Paul M. Quinlan of Leominster. He also leaves five grandchildren, Melanie Sullivan, William Holbrook, Leah Chiaravalloti, Carly Wilks, and Andrew Borus, eight great-grandchildren, and many nieces and nephews. In addition to his wife, Jack was preceded in death by his brother, Raymond Quinlan, sister, Joan Mullen and his daughters-in-law, Elizabeth Quinlan and Karen Quinlan.

Jack worked at many firms including Peat Marwick Mitchell, Bowlmor, Phalo and retired 12 years ago, at age 80, from Singer & Lusardi in Worcester. He loved music of all kinds and enjoyed going to concerts, especially at Indian Ranch. A great athlete in his day, Jack still could be found following sports, most especially the Patriots. An enthusiastic storyteller, Jack would strike up a conversation with anyone and was friendly to all. Above all, he was always there for his family.

Jack’s family wishes to acknowledge the Homestead Hall staff for their kind and compassionate care shown to him during his stay there. They respectfully ask that in Jack’s memory, memorial contributions be made to the Homestead Hall –activity fund, 10 Homestead Ave., Worcester, MA 01610. To leave a condolence, please visit www.HaysFuneralHome.com.
Read Less

To send flowers to the family or plant a tree in memory of John H. "Jack" Quinlan Jr., please visit our Heartfelt Sympathies Store.

Receive notifications about information and event scheduling for John

The insignias listed here may be subject to copyright and/or trademarked. Those copyrights and trademarks are owned by the respective organizations.

We encourage you to share your most beloved memories of John here, so that the family and other loved ones can always see it. You can upload cherished photographs, or share your favorite stories, and can even comment on those shared by others.

Eunice Asare- Homestead Hall, Love Jon-Michael and Amanda Raymond, and other have sent flowers to the family of John H. "Jack" Quinlan Jr.
Show you care by sending flowers

Posted Aug 22, 2019 at 07:57am
Wishing you peace to bring comfort, courage to face the days ahead and loving memories to forever hold in your hearts.

Posted Aug 21, 2019 at 02:08am
You and your family are in my thoughts. Thank you for being my pen pal for the last 40 years. Now reunited with Pauline. Goodbye my friend.

Posted Aug 20, 2019 at 09:26am
To PQ and family, so very sorry for the loss of your Dad....I got to know him most when he came to the Dental office I worked st in Natick... such a lovely, sweet man. May he Rest In Peace and be rejoiced with your momma and have eternal life together... sending hugs and prayers during this time of grief ... love Donna Blood Ahern , “MB”
Comment Share
Share via: 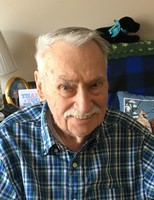 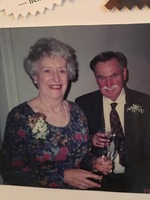 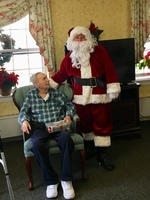