To share your memory on the wall of Raymond Sanzone, sign in using one of the following options:

Provide comfort for the family of Raymond Sanzone with a meaningful gesture of sympathy.

Raymond D. Sanzone, 77, passed away peacefully on February 7, 2019 at Umass Hospital surrounded by his loving family after a short period of declining health. Ray was a devoted husband for 54 incredibly wonderful years to Ca... Read More
NORTHBOROUGH

Raymond D. Sanzone, 77, passed away peacefully on February 7, 2019 at Umass Hospital surrounded by his loving family after a short period of declining health. Ray was a devoted husband for 54 incredibly wonderful years to Carol A. (Dellavolpe) Sanzone and an amazing, supportive and truly great Dad to his four children of whom he was extremely proud.

Ray was born in New Haven, CT, son to the late A. Charles and Nellie (Chiari) Sanzone and during his time at the University of New Haven he served in the Naval Reserves. Upon graduation he began his active duty at the Naval Station Great Lakes and then later served at the United States Naval Academy, Annapolis as a Naval Corpsman. Following his discharge, he attended Columbia University in New York where he got his Masters in Hospital Administration and was awarded a Certificate of Fellowship from the American College of Hospital Administrators.
Shortly after graduation, Carol and Ray relocated to Holliston, MA where they resided for 48 years, moving to Northborough, MA in 2017. Ray devoted 36 years to the medical industry serving as CEO for both Brookline Hospital and Tewksbury Hospital.

An avid golfer, Ray belonged to golf leagues both locally and on Cape Cod and never turned down an opportunity to join a foursome. Ray was never afraid to take on any home improvement challenge from small fixes to the complete rehab of a ski house in Wardsboro VT and a beach house in Harwichport, MA. Ray was a voracious reader who always had more than one mystery novel tucked in his briefcase but he was best known for his affable sense of humor, positive approach to everything and willingness to generously offer a smile and his support to anyone who needed it.


Ray enjoyed a life of distinction and positivity and as such the family will hold a celebration of his life in the upcoming months where we hope you will join us and share in an afternoon of happy memories.

Any donations should be made in Ray’s name to the Northborough Public Library ( c/o Friends of the Northborough Library, 34 Main Street, Northborough, MA 01532 or www.northboroughlibrary.org) to support those who shared his love of reading. To leave a condolence, please visit www.HaysFuneralHome.com.
Read Less

Receive notifications about information and event scheduling for Raymond

Print
All services for Mr. Sanzone are private. Please consider leaving his family a condolence.

We encourage you to share your most beloved memories of Raymond here, so that the family and other loved ones can always see it. You can upload cherished photographs, or share your favorite stories, and can even comment on those shared by others.

Posted Feb 16, 2019 at 09:32pm
We were so sorry to hear from you Carol about Ray's passing. We remember fondly the times we spent together whether it be at Stephen Anthony's for breakfast which Ray enjoyed so much, or an evening at the Cape Cod Playhouse, the Wednesday night stroll in Harwich Port, coffee at the Underground Bakery, and dinners on the Cape. We had many laughs and interesting conversations that we will keep close to our hearts. Our prayers are with you Carol and your entire family. We will always remember Ray as a true gentleman and friend. Vince and Liz Gallenti
Comment Share
Share via:
BP

Posted Feb 15, 2019 at 03:48pm
I was saddened to learn of Ray's passing. My deepest sympathies go out to Carol and the whole family. I still recall the fun gatherings from way, way back in those early Holliston days! Let your memories keep you strong.
Sincerely, Bob Palmer, Holliston MA
Comment Share
Share via:
CN

Posted Feb 14, 2019 at 12:51pm
Sanzone Family; So sad for the terrible loss in your lives. Ray was a really good guy and a fine gentleman. I really enjoyed or few times together playing cards. He smiled a lot, laughed a lot and was just so nice to be with. Our thoughts are with you all.
Steve and Bryna Curley
Comment Share
Share via:
MO

Posted Feb 13, 2019 at 07:28pm
We are sorry for your loss and hope that this tree will help keep the memories. ..." the world changes from year to year, our lives day to day but the love and memory of you shall never pass away."

A year gone of suffering and loss...we are all with you, only imagining what you have endured. 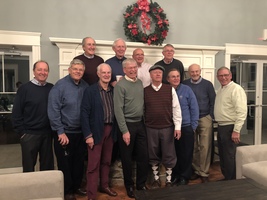 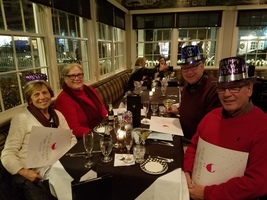